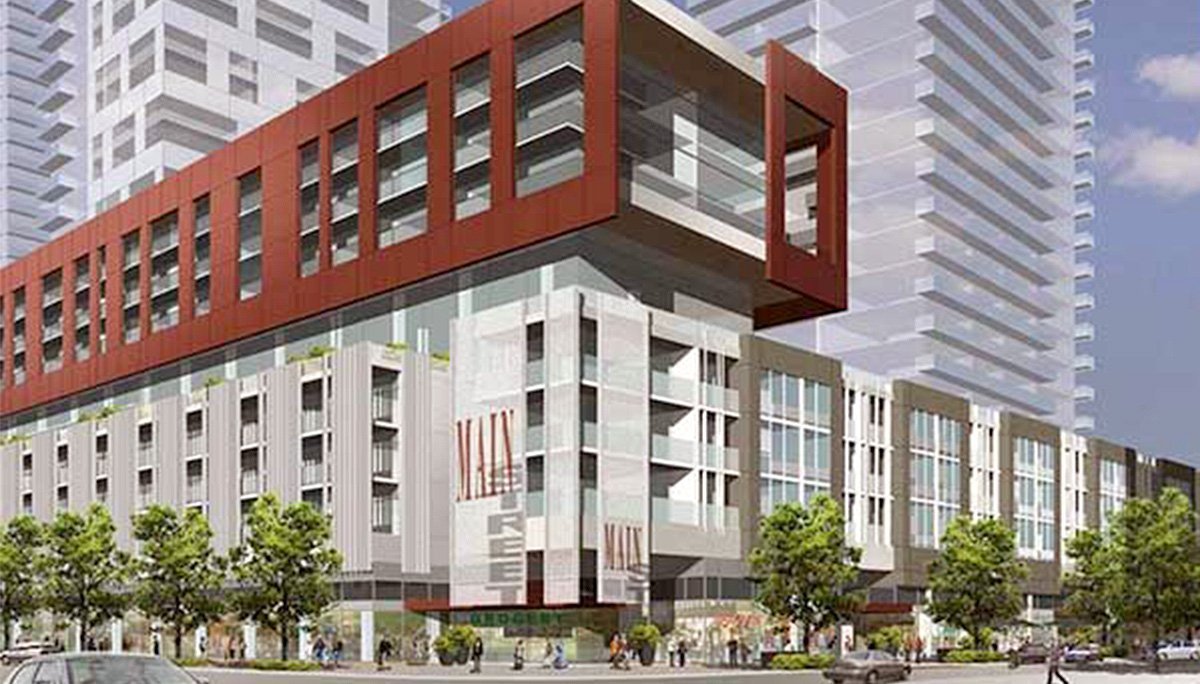 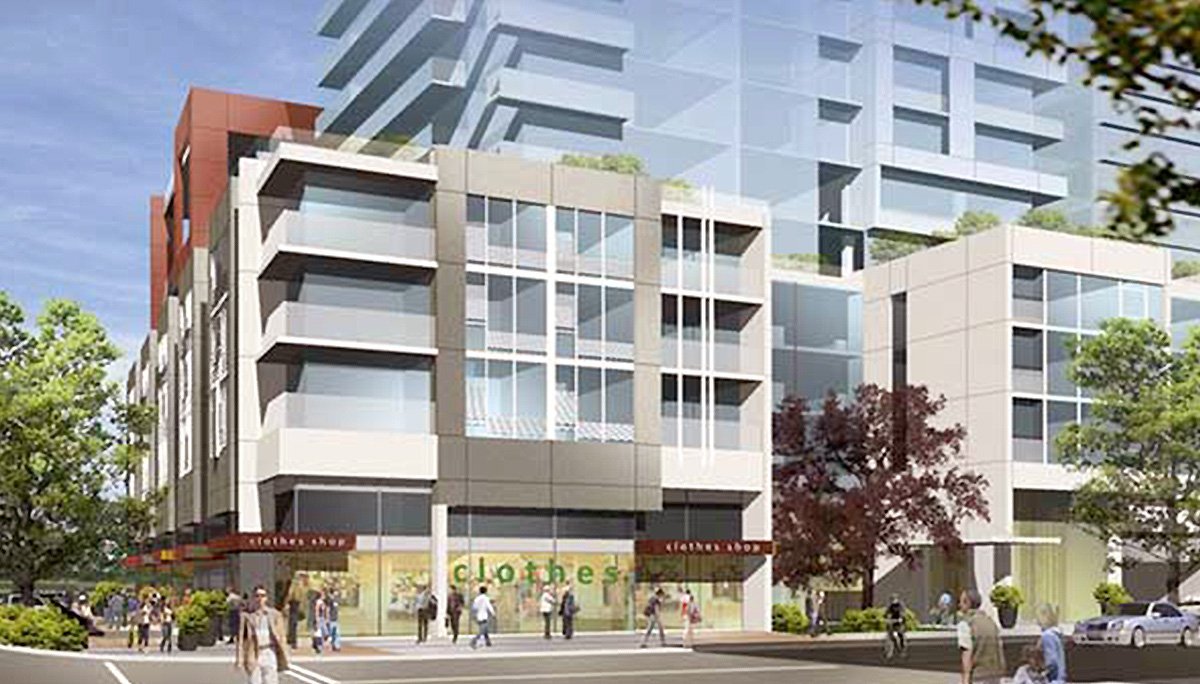 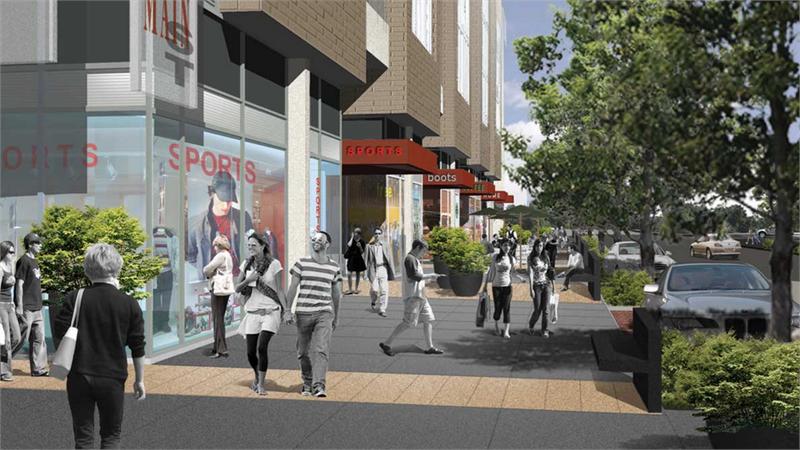 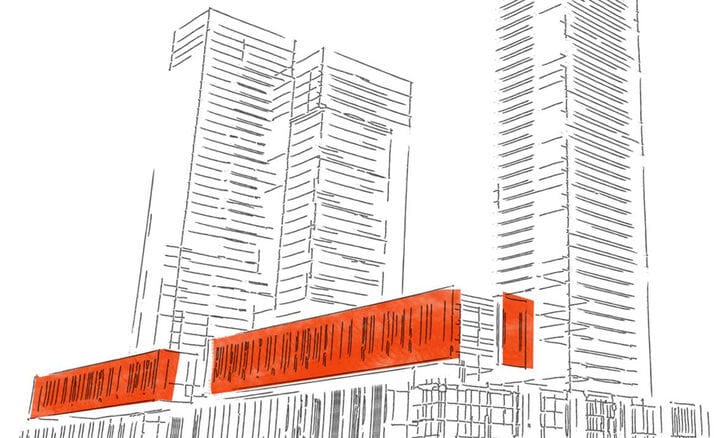 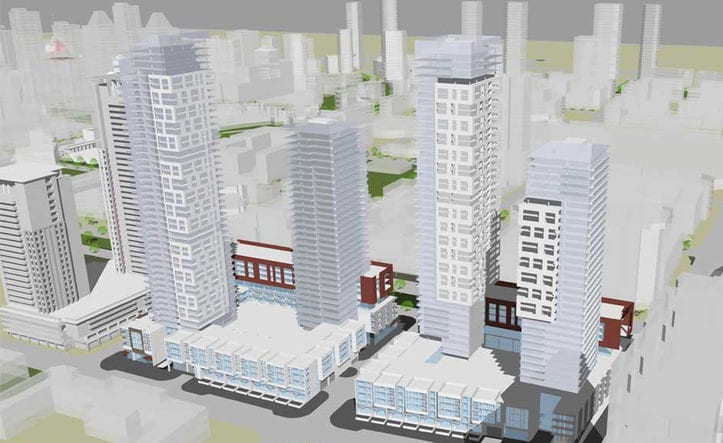 The neighbourhood around Square One Mall has grown exponentially over the past five years and has become a major hub for real estate investment. The mall has become an upscale destination of its own, while glistening condos and office buildings have come up all around the area, creating a vibrant, thoroughly modern, yet friendly neighbourhood.
Square One is one of Ontario’s largest shopping malls and has  high end retailers like Holt Renfew and Lacoste, to everyday outlets like WalMart. The complex also houses a Whole Foods, GoodLife Fitness and Cineplex Cinema.
With a Walk Score of 90/100 almost every urban convenience is easily accessible, including an abundance of fine eateries, parks, schools and entertainment options.
Square One also serves as the main transit hub for MiWay, the regional transit system, which also connects to the GO bus system. And with easy access to Hurontario Street and Highway 403, commuting to downtown Toronto or elsewhere in the GTA is convenient.
The Tempo condos is also close to several post-secondary institutions, including the University of Toronto’s Mississauga campus, the newest campus of Sheridan College and CDI College – Mississauga Campus This provides a valuable potential tenant base for those considering investing in this pre-construction condominium. For families with school going children some of the nearby schools are Fairview Public School, Thornwood Public School, The Valleys Senior Public School, TL Kennedy Secondary School, Silver Creek Public School and Huntington Ridge Public School.
Arts and Culture form an integral part of this Condo. It is steps from the Living Arts Centre, a 225,000-square foot facility that includes expansive performance theatres, gallery space and subsidized studios for artists. Celebration Square, which hosts outdoor film screenings, skating parties and cultural festivals and Mississauga Central Library are nearby too.

Register now to get 1st access to sales, prices and floor plans. An agent will get in touch with you as soon as possible.

In the meantime, check out our condos...

Register now to get 1st access to sales, prices and floor plans. An agent will get in touch with you as soon as possible.

In the meantime, check out our condos...